Together with teams of colleagues from both academia and the fishing industry, he has designed new nets that reduce fuel consumption and improve selectivity. In 2017, much of Dr. Eayrs’s work focused on an Ultra-Low Opening Trawl (ULOT). This unique design features a smaller vertical opening than a typical trawl net — just over 2 feet compared to the 6-foot opening in standard nets.

This design allows for cod to swim up and over the net, escaping capture. After centuries of targeting Gulf of Maine cod, groundfish fishermen are now looking for ways to avoid catching it. For many fishermen, drastically reduced catch quotas for Gulf of Maine cod are making it difficult to target other species that are more abundant.

In tests on the water, the ULOT reduced cod catch by 45% while having no significant impact on catch of other species such as yellowtail flounder, dabs, grey sole, skate, monkfish, and whiting. In addition to these impressive results, the ULOT also boasted a nearly 7% reduction in fuel consumption.

Our Impact In The News 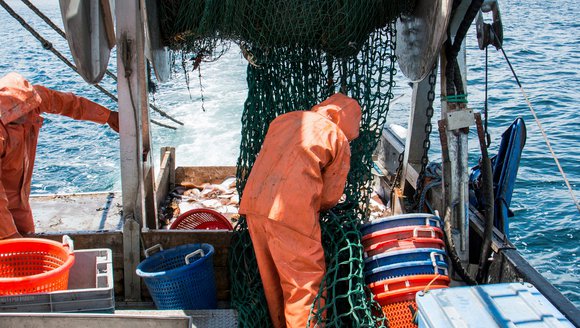 Fishermen Team Up With Scientists To Make A More Selective Net

In addition to these exciting results, Dr. Eayrs is committed to helping others understand what trawling looks like in the Gulf of Maine. While many of us enjoy fresh local seafood, we don’t often get to see how that fish is harvested. In the video above, Dr. Eayrs describes his focus on reducing environmental impacts of trawling, while also helping fishermen continue to earn a living on the water within the confines of a heavily regulated industry.

Many myths and misconceptions surround trawling, despite its long cultural and economic history in our region. In an effort to dispel some of these myths, Dr. Eayrs presented “The Truth About Trawling: Are Bottom Trawls the Bulldozers of the Sea” as part of our Fall Sea State Lecture Series.

Our Impact In The News 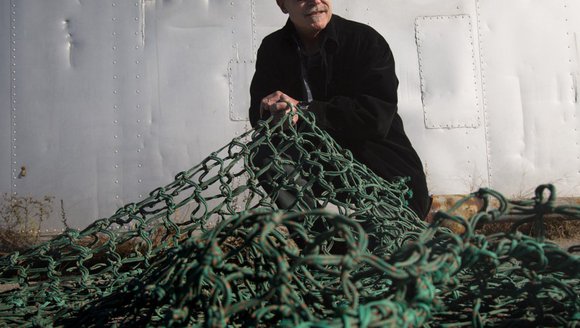