PORTLAND, Maine — January 17, 2018 — A new study, led by scientists at the Gulf of Maine Research Institute and colleagues at the University of Maine and NOAA, demonstrates how conservation practices championed by Maine lobstermen help make the lobster fishery resilient to climate change.

For generations, lobstermen in Maine have returned large lobsters to the sea and have designed a special way of marking egg-bearing lobsters to give them further protection. This conservation culture distinguishes the Gulf of Maine fishery from southern New England, where fishermen have not historically taken the same steps to preserve large, reproductive lobsters.

The study, funded by the National Science Foundation and published in Proceedings of the National Academy of Sciences (PNAS), shows how warming waters and contrasting conservation practices contributed to simultaneous record landings in the Gulf of Maine fishery and population collapse in southern New England.

Led by Dr. Arnault Le Bris, the research team used advanced computer models to simulate the ecosystem under varying conditions, allowing them to understand the relative impacts of warming waters, conservation efforts, and other variables. Their results show that, while temperature change was the primary contributor to population changes, conservation efforts made a key difference in population resiliency.

Temperature changes were disastrous for the southern New England fishery, which was already near the southern range of American lobster. Additionally, the region’s lack of protections on larger reproductive lobsters made the population less resilient to warmer waters. The model estimates that, even in the face of warming waters, more restrictive conservation methods would have limited the population decline from 78% to 57% over the 30-year period.

In the Gulf of Maine, the lobster fishery is vulnerable to future temperature increases. The researchers’ population projections suggest that lobster productivity will decrease as temperatures continue to warm, but continued conservation efforts can mitigate the impacts of future warming.

While scientists expect lobster populations to decline from recent highs, the 30-year outlook for the Gulf of Maine fishery looks positive if conservation practices continue. In their 30-year projection, the researchers anticipate average populations similar to those in the early 2000s.

The results of this study demonstrate how widely-adopted fishery conservation measures can help fishing communities mitigate the effects of changing ocean conditions. American lobster is the most valuable fishery in both the U.S. and Canada, with a combined landed value of more than $1.5 Billion USD in 2016.

Lead author Arnault Le Bris, a Gulf of Maine Research Institute postdoctoral research associate at the time of the study, is now a Research Scientist at the Fisheries and Marine Institute of Memorial University in Newfoundland.

“This paper shows how climate and fisheries management are connected,” says Dr. Le Bris. “Communities that embrace anticipatory conservation methods can continue to thrive in a warming ocean.”

Dr. Le Bris’ work builds on the lab’s prior research on the impacts of warming on Atlantic cod, another key Gulf of Maine species. Dr. Andrew Pershing, Chief Scientific Officer at the Gulf of Maine Research Institute and co-author of this study, led a 2015 study that showed, like lobsters in southern New England, cod in the Gulf of Maine suffered a steep decline in the face of warming waters and inadequate conservation measures.

“The older generation of lobstermen who championed the current protections in the Gulf of Maine gave a tremendous gift to today’s lobstermen” says Dr. Pershing. “As waters continue to warm, continued commitment to conservation is the key to the future of this fishery.” 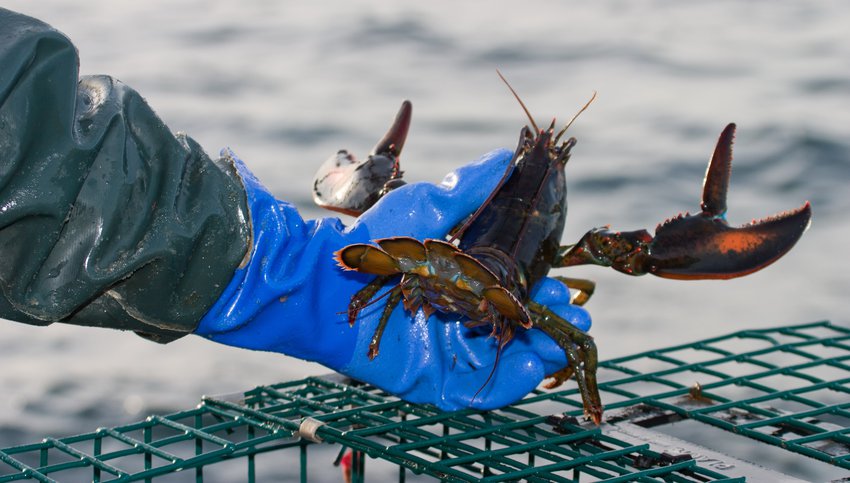